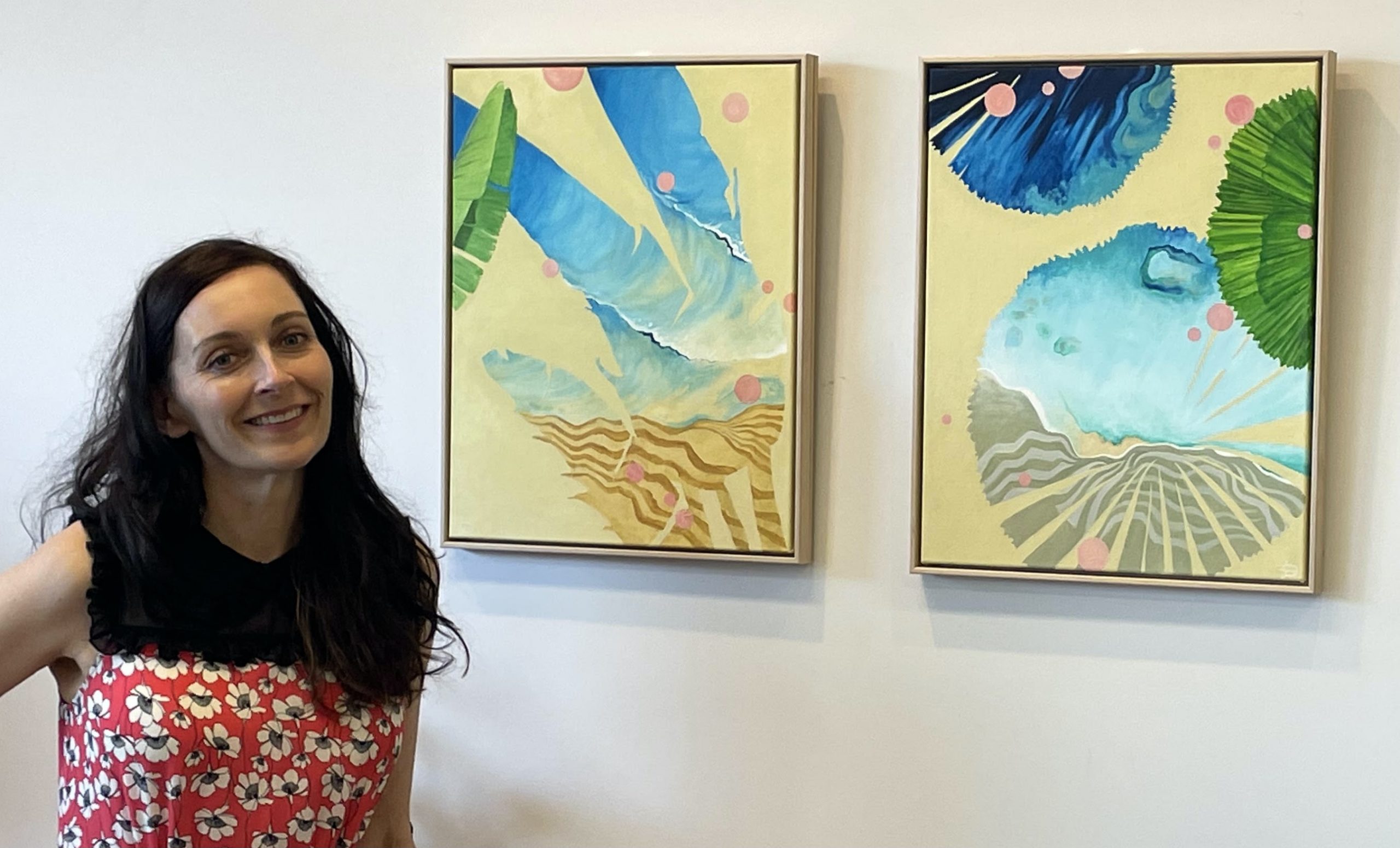 For the month of March, the branch team welcomes the vibrant works of local artist, Bridget Baldwin.

Bridget is an Art & Design Practitioner working with Creative Spaces at River Studios, a converted three level warehouse alongside the Maribyrnong River. Creative Spaces is a program of the ‘City of Melbourne’ Creative City branch.

She gained a Visual Communications Degree in New Zealand over 20 years ago and had worked as a graphic designer since. With an intention to always go back to fine art, this dream became a reality 5 years ago.

Initially painting portraits (finalist in NZ portrait prize) and figurative pieces, her focus has now shifted to more abstracted sea & tides. Her oil painting is inspired by walks on the river and beside the sea in Melbourne. She is also influenced by memories living in a bay beside the sea in New Zealand.

Her current series is inspired by Australian botanicals and beaches and will be on display in the branch until early April.

If you are interested in learning more or purchasing Bridget’s work, go to – http://bridgetbaldwin.com/ 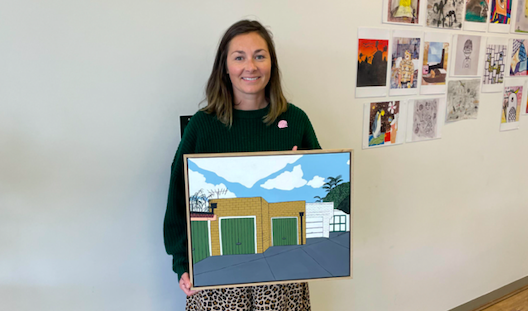 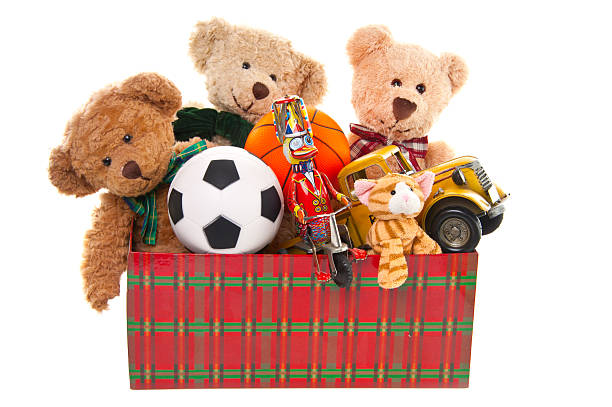