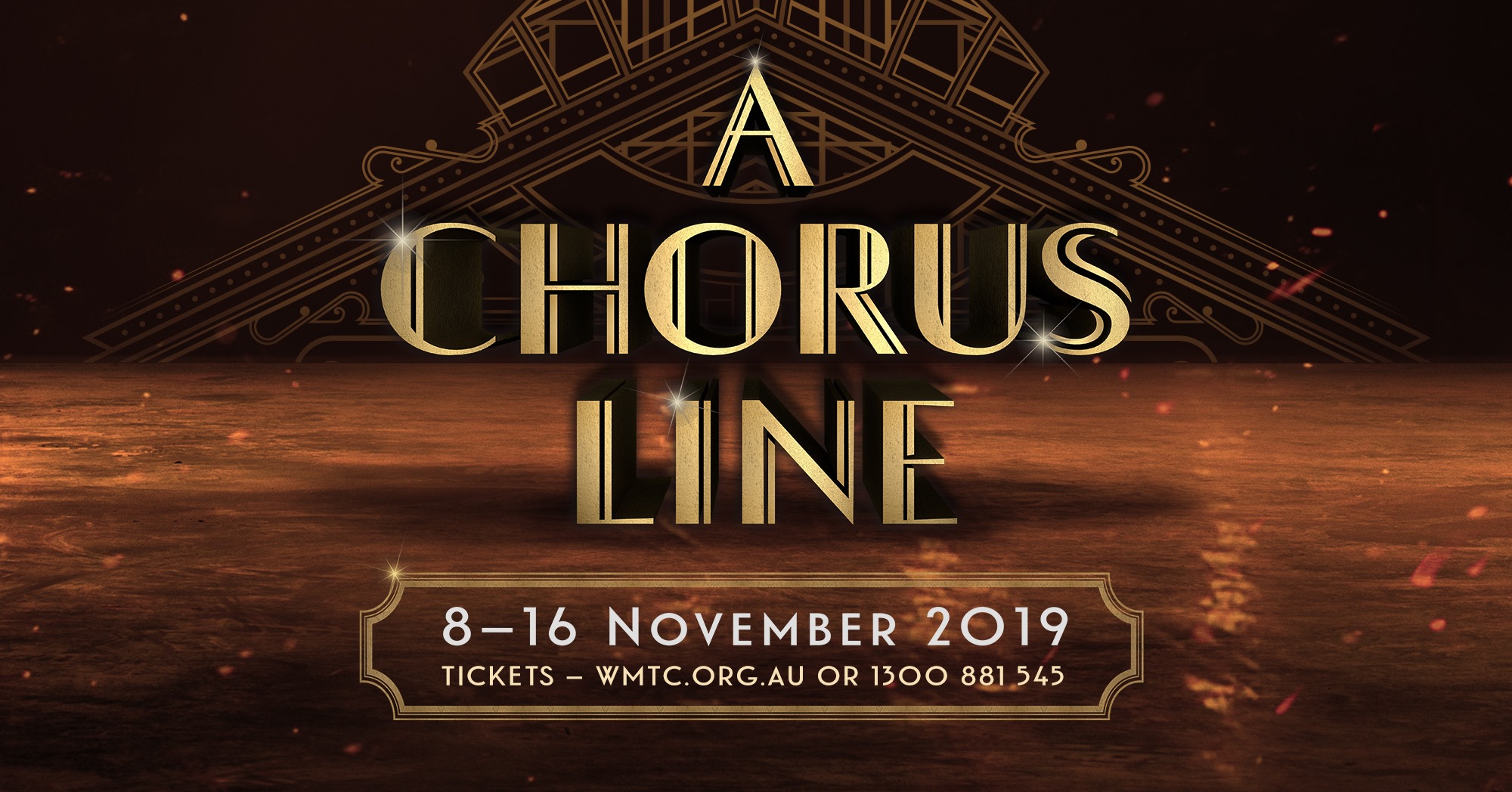 THERE’S ONLY ONE SINGULAR SENSATION – A POWERFUL TESTAMENT TO THE HUMAN SPIRIT. *** TICKETS NOW ON SALE *** http://www.wmtc.org.au or 1300

THERE’S ONLY ONE SINGULAR SENSATION – A POWERFUL TESTAMENT TO THE HUMAN SPIRIT.

– ABOUT –
In an empty theatre, on a bare stage, final casting for a Broadway musical is underway. For 17 dancers, this audition, for a spot in the “chorus line” of a Broadway musical, is the chance of a lifetime. It’s what they have trained and strived for.

After the first round of cuts, Zach, the director and choreographer, asks each remaining dancer to speak about themselves. Discomfort opens into revelation, confession leads to redemption, and within the bright, outwardly homogenous chorus, the audience begins to see each dancer’s individuality.

A Chorus Line was based on real Broadway dancers’ stories and received unanimous rave reviews from critics when it debuted on Broadway. It went on to win the Pulitzer Prize for Drama as well as 9 Tony Awards, including Best Musical. Running for over 6,000 performances, it became the longest-running production in Broadway history until being surpassed in 1997.

Including many iconic and well known musical numbers such as I Can Do That, At the Ballet, Dance: Ten; Looks: Three, The Music and the Mirror, What I Did for Love, One, and I Hope I Get It, A Chorus Line is funny, heartbreaking, and refreshingly honest.