Due West: The Drill 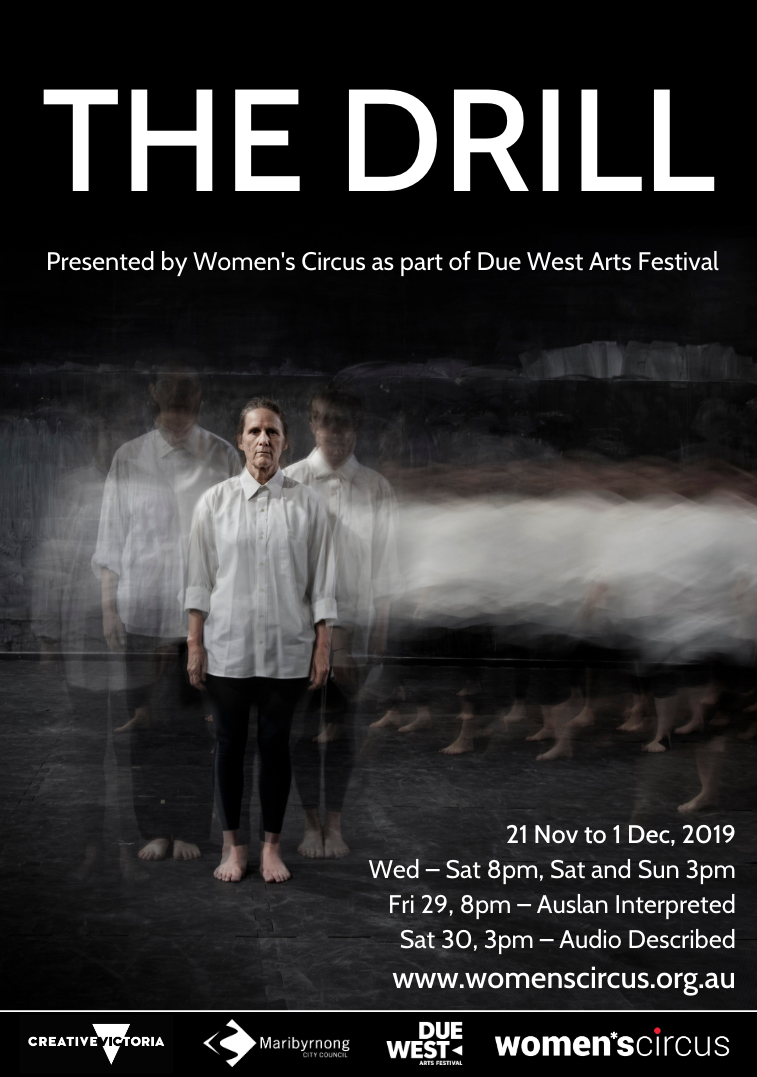 THE DRILL: presented by Women’s Circus

“You can no more win a war than you can win an earthquake.” – Jeannette Rankin

Women’s Circus presents a bold new feminist circus work, sharing untold stories of war, through the lens of those left behind. Disappear into the world of 1914 for a surreal journey that blurs the lines between contemporary circus, immersive theatre, historical re-imagining and art installation.

Created and performed by over sixty members and artists, THE DRILL uncovers buried stories of the site’s history to explore the effects of war on communities.

THE DRILL is set during WW1, a time when many Aboriginal people fought and lost their lives for a country that didn’t recognise them as citizens. We recognise that there is a much longer, richer history – obscured by a colonial war that is still being fought today. We acknowledge the traditional owners of the land on which this show takes place, the Boon Wurrung and Wurundjeri peoples of the Kulin Nations. We pay our deepest respects to Elders past, present and emerging across Victoria who continue to care for land and culture, and resist in the face of colonisation. This always was and always will be Aboriginal land.
______________________________________________________________