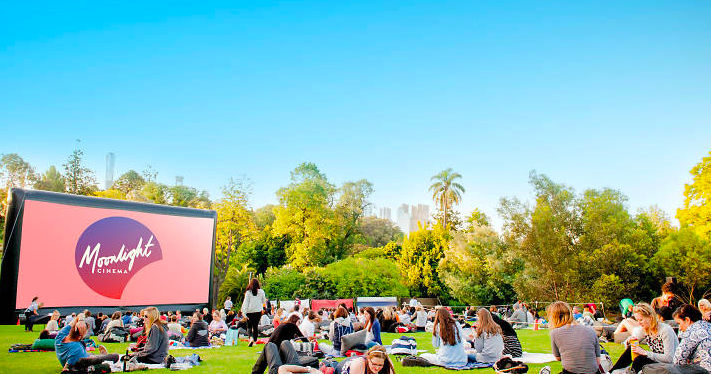 There’s nothing quite like a film under the stars in the evening cool of the Botanic Gardens. Settle back with friends and family for a movie this summer at Moonlight Cinema.

The alfresco theatre has announced its dates for the 2019-2020 summer season, with films running from Thursday, November 28 until Sunday, March 29.

Punters can expect a mix of acclaimed Oscar hopefuls, kids’ favourites, festive faves and retro screenings to satisfy the nostalgic urges. There will be screenings of the Elton John biopic Rocketman, JLo’s star turn in Hustlers, a 20th anniversary screening of The Matrix, Joaquin Phoenix’s thrilling Joker, Stephen King’s Dr Sleep, Disney blockbuster Frozen 2, the new Star Wars: The Rise of Skywalker, as well as Pulp Fiction, Love Actually, Dirty Dancing and Die Hard. You can check out the full program here.